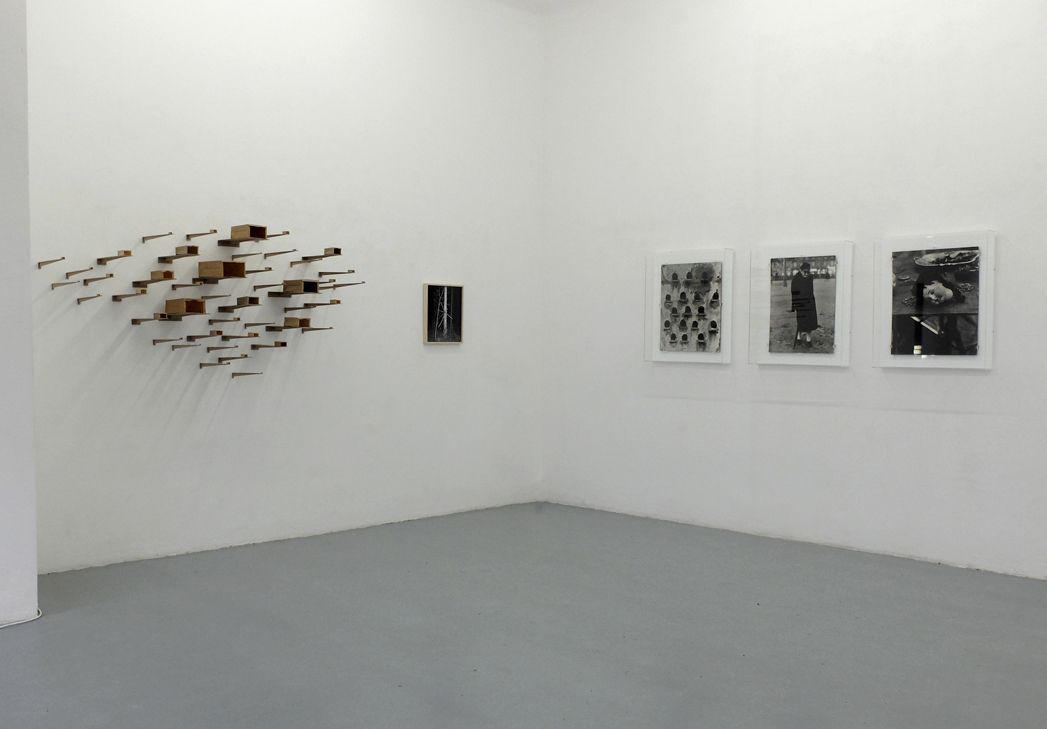 Dorothée Nilsson Gallery presents four rare prints by the Swedish photographer Christer Strömholm from his first exhibition in Stockholm in 1965. They are displayed alongside selected contemporary artists.
inquire

Dorothée Nilsson Gallery presents four rare prints by the Swedish photographer Christer Strömholm from his first exhibition in Stockholm in 1965. They are displayed alongside selected contemporary artists. The ensuing “dialogue with Strömholm“ thematizes and reflects artistic aspects of this artist’s oeuvre in a unique way.

Strömholm the doyen of modern Swedish photography, and his extraordinary work occupies an important position in the history of international photography. His pictorial compositions depict a unique vision of the world, and they led to his association with the group of pioneering photographers founded by Otto Steinert known as “Fotoform.” Strömholm is known above all for his legendary photographs of transsexuals at the Place Blanche in Paris during the 1950s and 1960s. With relentless radicality, his black-and-white “photographic existentialism“ captivates the poetic charm of life’s rough realities. The secret of this existentialism often lies in the surreal forms that are interwoven with dramatic pictorial moments, moments in which people resemble fragile and illusory creatures who reveal themselves to the camera in all their ordinariness, imperfection, and doubt. Strömholm regarded his environment with the eyes of an artist who simultaneously seeks confrontation with reality and establishes contact with his fellow man, as a basic principle in photography. “Each picture can be considered a self-portrait, a part of one’s own life.” (Strömholm, 1983)

There are also obvious parallels to the work of younger artists’ pictorial formulations: the magical presence of a tree branch by Inka and Niclas, or a door by Henrik Strömberg, reveals the fragility of being and the surreal moments of subjective experience, moments which are likewise inherent in the artistic understanding of Susa Templin and Yuken Teruya. In a similar way, Julia Peirone also thematizes identity in the self-interrogations of her youthful portrait pictures. And Sascha Weidner’s images raise existential questions in a similar was just as they enchant the eye. The disembodied heads of Strömholm’s pictorial world are also reflected by the cruel metamorphosis of the doll’s face in Linda Bergman’s work. Such graphic references result in a dialogue between the old master and the thirteen artists displayed in the exhibition.

Strömholm, as one of the main proponents of modern photography, had already abandoned the documentary and narrative character of the medium behind and Dawid (Björn Dawidsson), as the founder of a postmodern understanding of photography in Sweden, find the genesis of their oeuvre in an experimental pictorial language. Contemporary positions such as those in the exhibition work in a wide variety of ways and against the background of today’s post-photographic understanding of the expansion of the medium into real existing space.