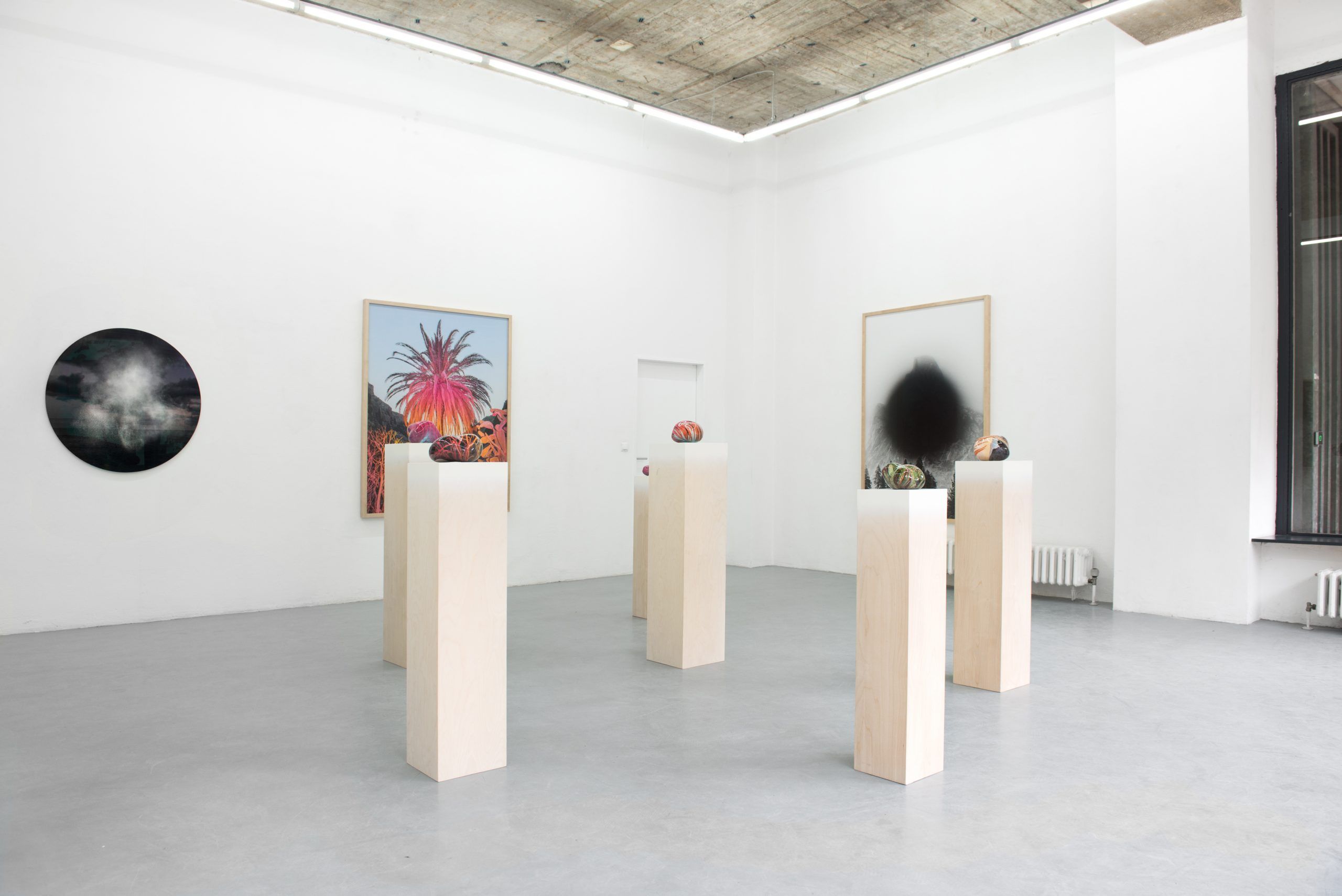 The solo exhibition 4K ULTRA HD of the Swedish artist duo Inka and Niclas deals with our consumption of landscapes through (camera-)lensesand screens. Our image of the landscape is formed by photography and nature is constructed by the stream of images on our screens. The photographic works and installations of the exhibition focus on the 4K ULTRA HD image search by the same name. 4K HD or 4K ULTRA are terms used in the display industry to illustrate that their screens have a True-to-life picture quality.
inquire

Search algorithms list the most popular images in descending order and define which images we like to surround ourselves with, which images we download and save as desktop background on our computers. They are pictures that somehow radiate a kind of security or safety or convince through their beauty. When searching the web for “sunsets”, most images contain the sea, a palm tree or a dolphin in addition to a sun. We know exactly what a northern light looks like without having experienced it.

The sun has fixed its position in the sky, bound to a stick, it remains in its most popular position. The sunset extends over the palm leaf, a sparkling nebula from the NASA archive silently floats at the edge of the beach. BLOBS (unformed drops of water) in space or rocks that have been polished over time float in the photographs and camouflage themselves in front of the viewer. The family that cannot be captured in a photograph traveled again, updated their profile and posted again. A reality that can only be experienced through a photo, everything happens in the moment of exposure.

The artist duo travels together, seeking places to continue their practice of creating a different representation of nature, using the photographic image to capture their landscapes. Integral to their practice is the wish to consider what it is in a sunset over an ocean or the view of a mountain range that is so emotionally spellbinding and continues to fill us with awe? What is it that drives us to go out there and collect these images over and over again. Inka & Niclas practice evolves around an exploration of the different components that constitute the powerful psychological effects of different natural phenomena and landscapes.

Ultimately, Inka and Niclas work revolves around these sought-after landscape motifs. They regard the almost automated influx of them to our screens as a contemporary ritual and try to approach the complex mechanisms that give a sacred character to panoramas. In the exhibited works the idealization of nature has gone into spin and the landscape has become fluorescent. Remains of an idealized nature aesthetics have abandoned the two-dimensionality of the photograph and reached matter again. (Therese Kellner)

Inka (*1985, Finland) and Niclas (*1984, Sweden) Lindergård are an awarded artist duo based in Stockholm. Since 2007, Inka and Niclas have been exploring how the constant stream of landscape images, the act of photography, and the intersections between photographic­ and physical realities, influence us. In 2012, they published their first book Watching Humans Watching (Kehrer Verlag), which was later awarded the Swedish Photo Book Prize. Their latest book The Belt of Venus and the Shadow of the Earth (Kerber Verlag) won the Swedish Book Art award 2016. Inka and Niclas’s works can be found in numerous private collections worldwide as well as in the permanent collections of the Gothenburg Art Museum (Sweden), the Fries Museum (Netherlands) and the Public Art Agency (Sweden).