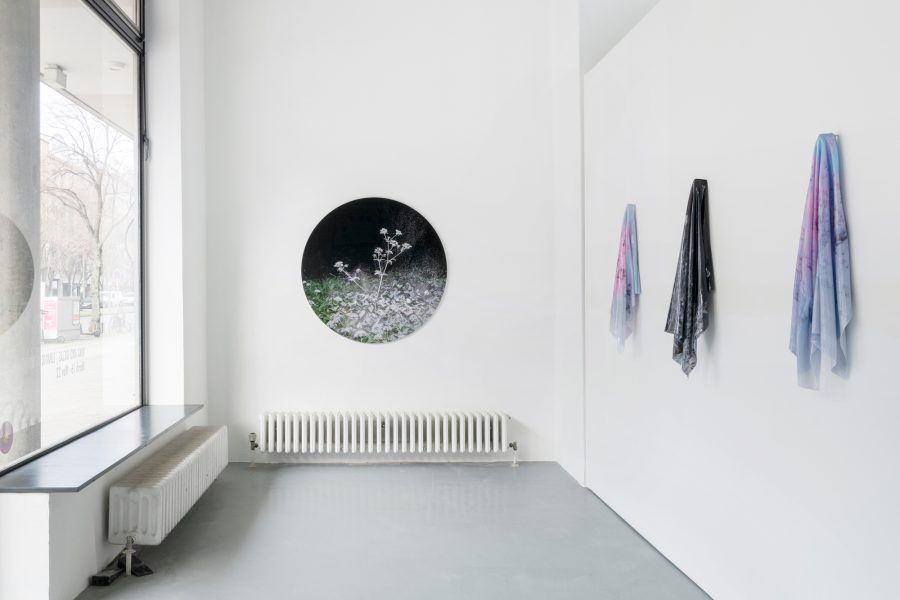 In the exhibition entitled Luminous Matter, the artist duo Inka & Niclas have narrowed down their perspective, both in terms of subject matter and geography. Throughout their work, the artists have investigated our contemporary perception of nature through the photographic medium.
inquire

Our notion of desirable scenery worldwide has been made possible not only by travels to spellbinding locations but by our consumption of nature via technology. It is through the camera lenses and the digital screens that we experience nature and confirm our existence. In their latest works, Inka & Niclas continue their examination of nature as a cultural construct, but the focus now lies on milieus connected to the artists own childhood and heritage – a partly introspective approach with a micro/macro perspective, coherent with a current universal strive towards understanding and being close to one´s local habitat. The exhibition consists of works from the three individual artwork series Luminous Matter, Family Portraits and Liquify, that the artist duo has worked on simultaneously.

In contrast to their earlier works, often situated in large scale grand scenery outside of Sweden, the series Luminous Matter (that lends its name to the exhibition) centers around depictions of wildflowers and weeds found closer to the artists´ native surroundings. The exploration through the camera has led the duo´s interest in several wildflower species found along the roadside in Sweden – flowers so common in the Swedish scenery, that they almost go unnoticed in our collective consciousness. Or have we just not seen enough wildflowers documented on our screens to interpret them as desirable? The three represented plant species Smörblomma (Buttercup), Hundkäx (Cow Parsley) and Midsommarblomster (Woodland Geranium) blossom and peak during the summer solstice of the Northern hemisphere, a period associated with almost constant light throughout the day and night. As a glitch in our reading of the image, the wildflowers are depicted in a manipulated full nighttime scenario as opposed to the images of the flowers that we are used to seeing.

The title Luminous Matter points far out in cosmos and eternity, contrasting the fragile, short-lived flowers. By throwing retro-reflective powder into the scene and illuminating it with the flashgun, the artists superimpose an explosion of glowing particles resembling popular space imagery or an exploding nebula from the NASA archives. The traces of the powder emphasize and highlight the delicate structures that otherwise go unnoticed and navigate the chaos that makes up ordinary roadside vegetation.

By paying attention to local low-status wildflowers and their natural habitat, the artists have delved into the details of the photograph even further. As pictures contain a considerable amount of information, the post-production of the photograph may here be regarded as an excavation of the image – an immersion in a microcosmos that demands an extensive amount of time spent with the details of the subject matter.

Family Portraits is a collection of self-portraits taken during the artist’s travels to idyllic panoramic settings across the world. The series is a continuous long-term project where the initial romantic scenery has turned into darker settings over time, like a suggestive crime scene in a Scandinavian Noir novel. It is a continuous investigation of how we perceive and save our memory of nature through the mediated picture, but also how we use the mediation of nature for self-identification. ‘I´m one with nature, you can see it on my Instagram account’. In the latest addition to the project, Inka & Niclas, along with their two children, continue their travel to collect self-portraits, this time in the Scandinavian landscape. All dressed up in full-body suits that bounce the light of the flashback into the camera lens, the shapes of what we read as a family constellation indicate anonymity. The four characters pose in front of grand vistas – an overwhelming fjord panorama at dusk, a snow-covered landscape with Polar stratospheric clouds as a backdrop, a meadow at night, among spring onions in full bloom. As with many photographs throughout history, these images serve as evidence that four bodies were present in the scenery. Simultaneously we experience the four individual’s absence in the photographs as their features are erased – like radiant phantoms waiting to transcend to another dimension. The role of nature as an enduring source of idealization remains untouched.

Abstracting the ordinary and enabling tools to the photographic image and its psychological mechanisms have been an important feature throughout Inka & Niclas’ work. In the photographic sculpture-series Liquify, the seemingly collapsed photographs have been placed on the wall, as if wet towels hung to dry. Their glass-like surface suggests materiality more alluring than the mundane shape. It appears gravity has decided their form. A complete understanding of the medium proves to be difficult, as the objects are substantially manipulated into new materia in their own right.

Parts of the romantic scenery are visible, and we can only imagine the beauty of the initial image, while we are deprived of the complete motif. Glimpses of pink blushing snow or raw wildflower bouquets in black and white serve as clues to the depictions partly hidden within the objects. The viewer is thus invited to fill the void with his or her desires and ideas of the perfect shot. And it might as well be for the best because with all our possibilities of manipulating the image, it is hard to get the feeling of content – one can always find a better photo filter or angle. The title Liquify points to the liquid shapes of the photographs, but it is also a reference to the Photoshop filter of the same name, used for heavier types of image manipulation within the beauty industry.

The exhibition is kindly supported by NEUSTART KULTUR Stiftung Kunstfonds