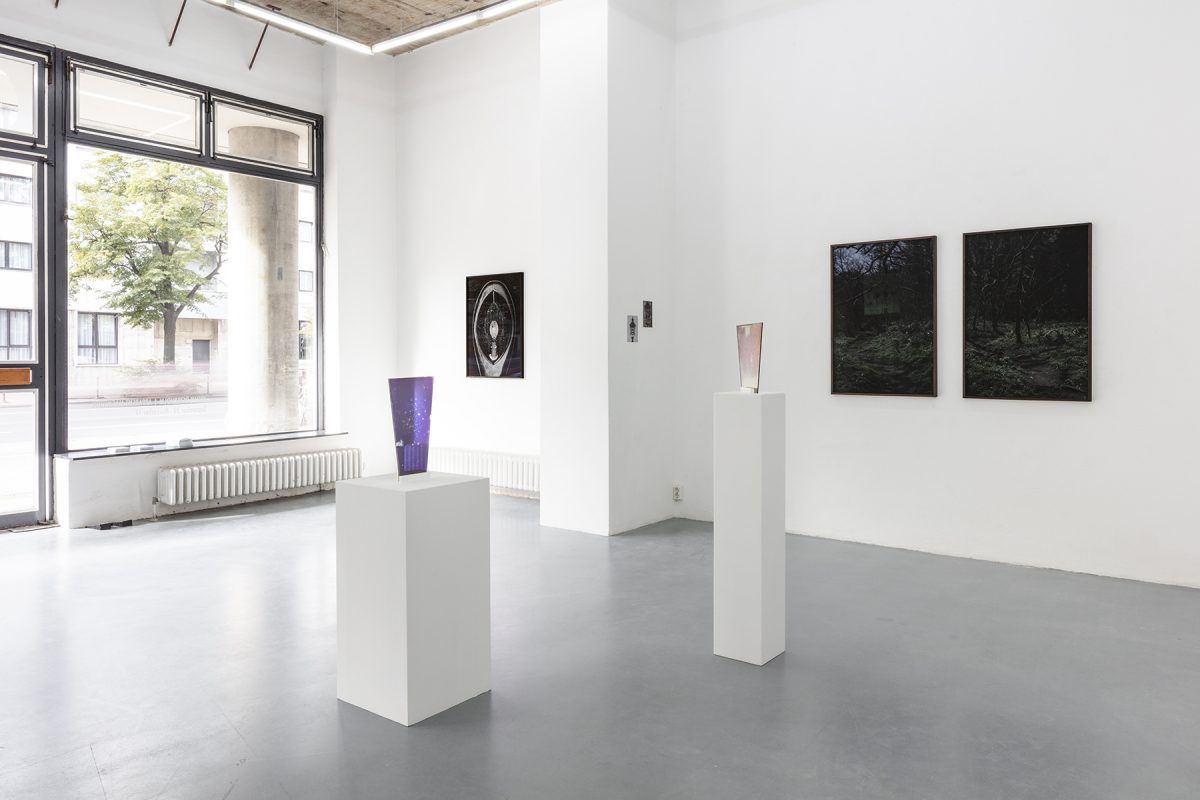 Presented in conjunction with the European Month of Photography, Österholm’s first solo exhibition in Germany integrates older and more recent works on the subject of light pollution.
inquire

For many years now, and from various perspectives, Österholm has focused on light, the central yet least tangible element of his medium. Using astronomical observations, archival research, and captivating punchlines, this exhibition presents experimental works, photographic landscapes, and sculptural objects to remind us that light is not only natural but also a source of political conflict with respect to the control of light and darkness within the city.

The three-part series Some Moonwalks (2017), for example, was created on the Isle of Sark in the English Channel. The island is considered a region with a natural, extremely dark night. On his nocturnal walks across the island, where the human eye can hardly see anything, Österholm’s camera was able to visualize the pale landscapes drawn by the clear moonlight on the island.

In recent works such as Concealer (2018), the perspective is reversed. It is not the essence of pure moonlight, but the dim light of urban street lamps that becomes the subject and artistic material. Lantern Smashers (2018) interprets the streetlight as a political symbol of control. In the 19th century, newly erected lanterns were sometimes demonstratively destroyed. Österholm’s pictures of sparrows that have occupied urban gas lanterns interpret today’s vandalism or decay as a memory of those struggles for darkness in the city.

The artist uses old astronomical negatives from observatories and exposes them using street lamps creating fascinatingly complex, black and white composite images. In Antique Skies and Untitled Lantern Pieces (both 2018) Österholm used a primitive method of early photography. For hours he exposed an astronomical yearbook and the glass pane of a street lamp with the negatives of those constellations that the light smog of the 20th century made invisible.

Concurrent with the exhibition at the Dorothée Nilsson Gallery, a selection of additional works by Österholm can be seen at the C/O Berlin’s group exhibition Back to the Future. These combine to offer a broad range of his attempts to make the darker sides of light become visible.

Johan Österholm was born in 1983 in Borås, Sweden. He graduated from the Malmö Art Academy in 2016 and now lives and works in Stockholm. His creations, in such diverse media like photography, video, sculpture and installation, have been frequently presented in solo and group exhibitions, including the Museum für Kunst und Gewerbe Hamburg, Copenhagen Photo Festival, FOAM, Amsterdam (NL), Hasselblad Center, Göteborg (SE), The Living Art Museum, Reykjavik (IS), Palazzo De’ Toschi, Bologna (IT) and Borås Museum of Modern Art (SE).