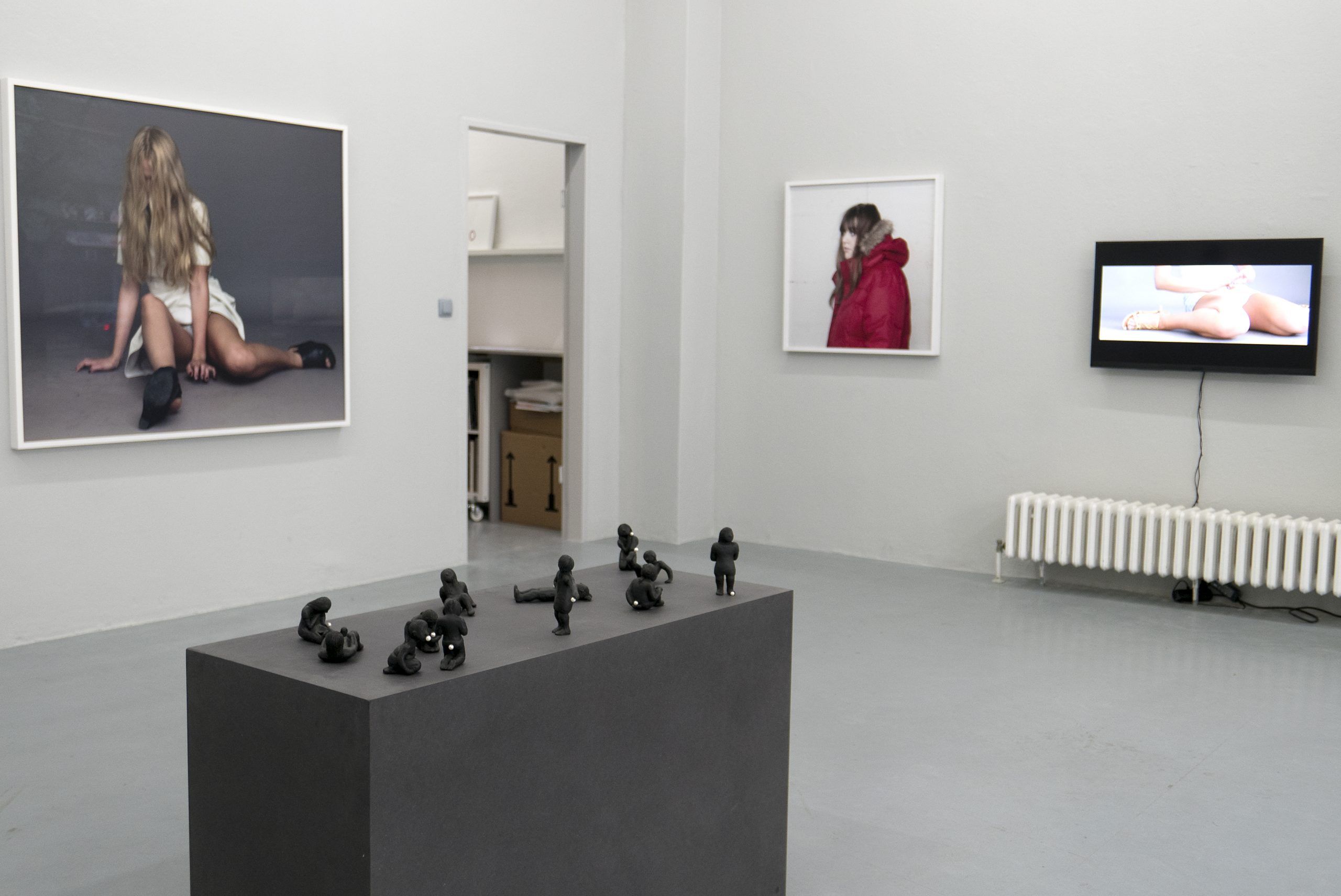 “In her work, Julia Peirone takes the viewer to the boundary regions of puberty.” (Niclas Östlind, 2017)
inquire

Since her debut at the turn of the century, Julia Peirones’s visual world is chiefly populated by girls or young women. Peirone’s series mirror aspects of vulnerability, shame, and sexuality in a time that is heavily influenced by social media and its effects on the creation of identities. The artist is looking for the gap between reality and construction. Julia Peirone’s oeuvre poses questions about the strengths and limitations of the photographic image and the way we encounter ourselves in them. The modern-day visual culture favors self-glorification and an obsession with abstract ideals of beauty. In her photography, Julia Peirone focuses on these notions to explore young, mostly female teenagers‘ search for identity.

Peirone’s work has a proximity to the moving image. Her photographic series often show casting situations and preparations. Retakes, fleeting moments, and failures are given a prominent position. The pictures can hardly be defined as portraits in a conventional sense; rather, they investigate mental states and visual conventions that reflect the demands of the external world. The photographs often capture the frustration that young women suffer after having been imprinted by certain ideals.

The relationship between the model and the photographer, as well as those between the viewer and the viewed, is an aspect of several images by Julia Peirone. Their gazes almost never meet. The girls‘ eyes are shut or hidden by their hair. Tight tank tops and short skirts expose their skin. The artist stresses that “the girls in my pictures are victims of a gaze, but they are also strong and have power over your gaze”.