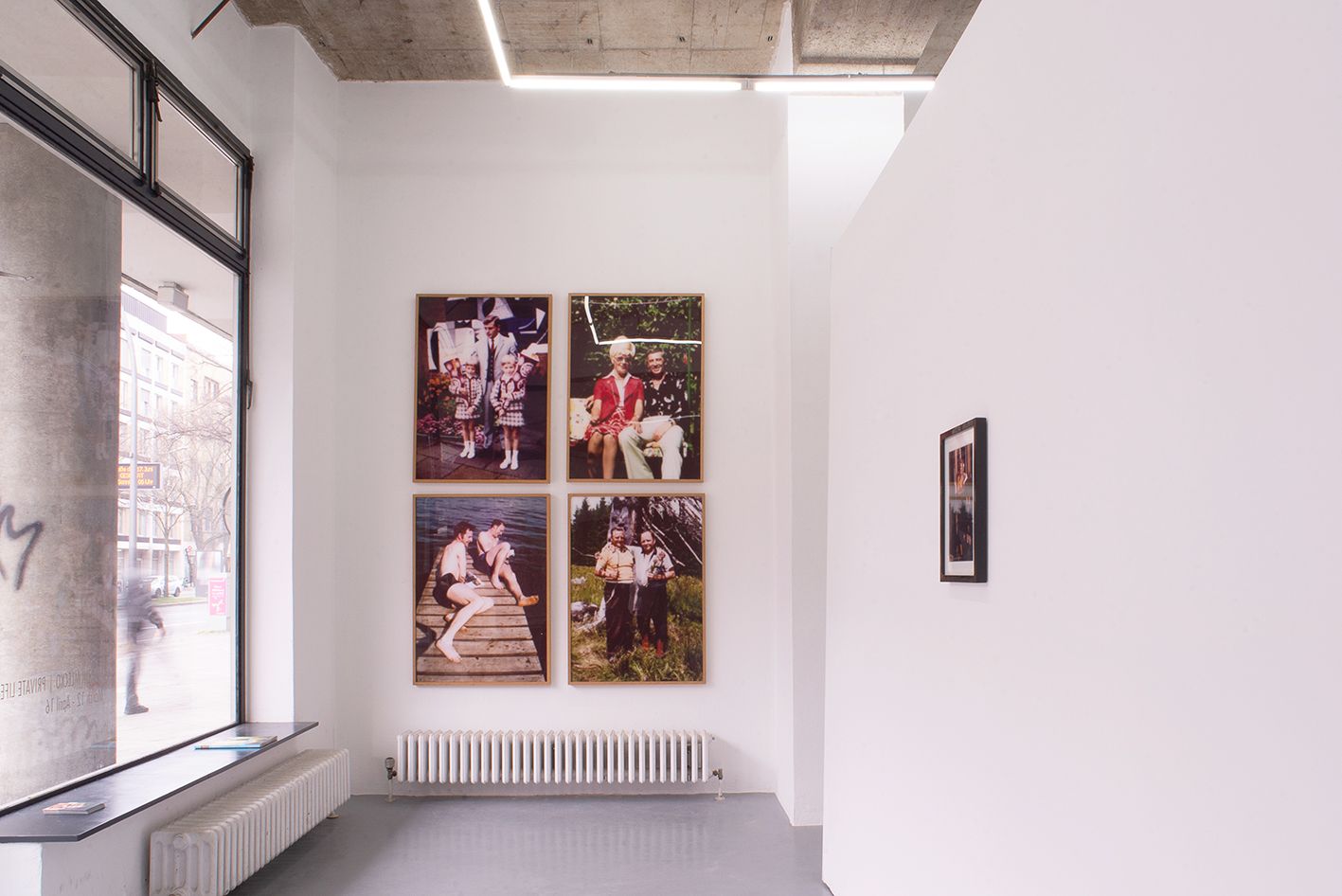 Hundreds of photos found at flea markets or in the personal archives of friends and family between the 60s – 90s make up this series. Collected, selected, and reworked by the artist, this “gallery of private snapshots”, covers a broad spectrum of subjects. Each conveyed for Mlecko a sense of beauty in the happiness shown in the photograph, a recurrent theme in his work.
inquire

Dorothée Nilsson Gallery is proud to present Private Life by Martin Mlecko. This particular series brings together multiple key parts of Mlecko’s artistic praxis. He was an investigative artist who searched continuously for the inherent beauty in his locality. He was dedicated to highlighting the personal lives of the everyday man. Mlecko searched for a sense of togetherness, he aimed to show the complexity and delicacy of human relationships.

‘Private Life’ is made up of 300 photos found at flea markets or in the personal archives of friends and family. Taken between the 1960s and 1990s these amateur photographs cover a broad spectrum of subjects – parties, a day at the beach, a visit to an aunt, or a favorite pet. Out of thousands of images collected, Mlecko selected and reworked the photographs seen here. He color-corrected his selection and added a cloudy layer. Mlecko saw himself as a catalyst, someone who is rendering these images visible in a different way. The poses and situations presented in the photographs are familiar, at times even mundane. If we were to look at our own photo albums there is a high probability similar images could be found.

Private Life shows the archetypes of relationships between family and friends, us and others. Susan Sonntag wrote that the most grandiose result of the photographic enterprise is to give us a sense that we can hold the whole world in our heads – as an anthology of images. Mlecko strived to create an anthology of familial contentment, the web that we spin around family and friends, to keep us close, to keep them together. Now an especially poignant reminder of the fragility of the links between people and how easily they can be torn apart. Each snapshot conveyed for Mlecko a sense of beauty in the happiness shown between the people on the print, a recurrent theme in his work. He found the allure in the common.

The particular edition on show hung in the rooms and hallways of the Sofitel Hotel (previously Dorint Hotel) in Hamburg for decades. For him, the encounter of a photographic document of a stranger’s private life served not only to enhance the inevitable anonymity of the location but also to create a counterpart. He hoped it would inspire fond memories of similar moments from one’s own life, awaken feelings of familiarity, of privacy.

Martin Mlecko (*1951, Essen, † 2016, Berlin), was a German investigative photographer, concept artist and filmmaker. His work included large-scale installations and documentation, representational as well as abstract. He taught Staged Photography at the Kunsthochschule Berlin-Weißensee. His work has been shown at Grundemark Nilsson Gallery, SE; Bourouina Gallery, Sammlung Hoffmann, Galerie Jule Kewenig, DE; Kunsthalle Wien, AT. Together with Wolfgang Schöddert, he championed the work of other artists in their project space Loge, a former porter’s lodge in Kreuzberg-Berlin.