YUKEN TERUYA | My plan B is maybe my plan A 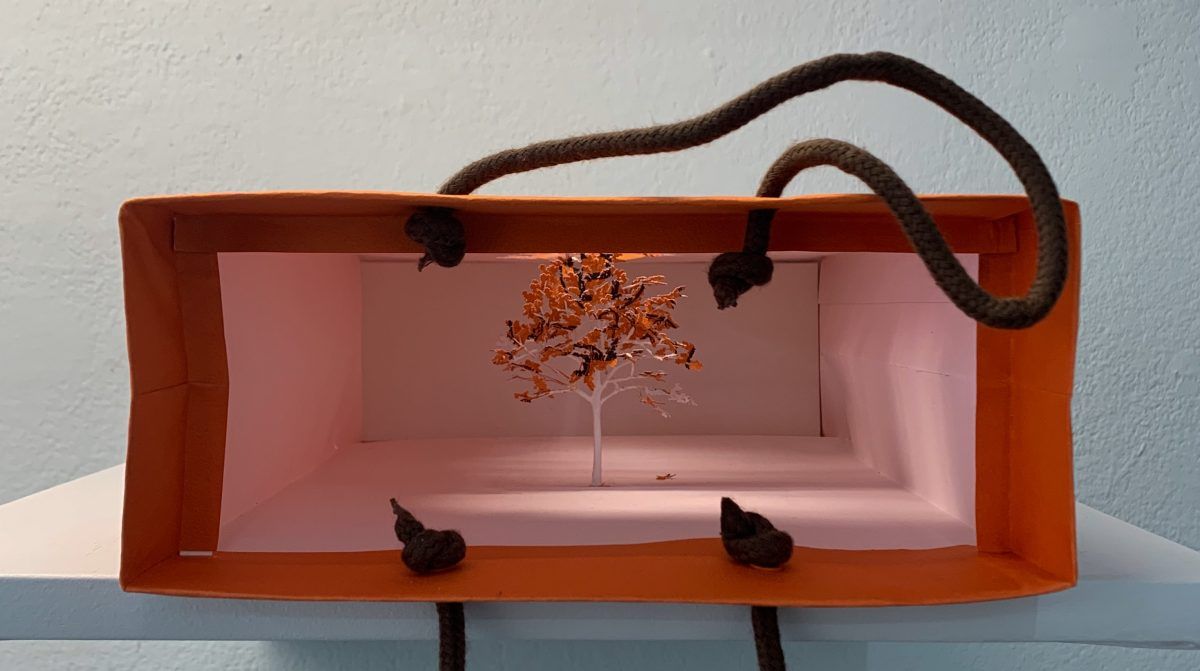 For the exhibition “My Plan B is maybe my Plan A”, Yuken Teruya uses a mixture of various everyday materials to address such themes of contemporary society as consumer culture, globalism, and the environment.
inquire

The title of the exhibition refers to a quote by President Donald Trump from an interview with Fox Business Network in which he commented on trade negotiations with China (June 26, 2019). The title already reveals a lot, since Yuken’s works often contain a hidden political message.

The subject of his work comes from everyday life, yet the chosen materials point to something very specific: monopoly bills, money trees, and even his shopping bags refer to banks, capitalism, and centers of political power. With his sprouts, he introduces something entirely natural into these hardened systems and criticizes them in a subtle yet effective manner. In so doing Yuken questions the power structures of our society, citing an interest in the intersection of nature and value, “in all of its abstract levels.” In his work “Chance ” he cuts Monopoly quotations into found leaves in Central Park. It’s an extension practice of playing with elements of the MONOPOLY game, giving the power to a leaf to be a potential “Chance” card. “It’s a part of the practice based on observation of everyday scenery around us.”

His installation, “MINDING MY OWN BUSINESS,” was inspired by a headline in the New York Times. It portrays newspapers as a sculptural landscape of daily information – photos are cut out and transformed, sprouts grow from the newspaper’s surface and embody life, and a new narrative, one that also contains observations from the past, is formed. The latter reflects Yuken’s very personal and emotional response to such newspaper articles.